The chambers at the County Court House in Eureka were filled to near capacity with Cannabis Farmers aiming to voice their opposition to the Cannabis Reform Initiative which had reached the milestone of collecting enough signatures. The authenticity of the signatures, among many other questions, was raised by this group as they laid their case against it. Indeed, many of their counterclaims seem to come directly from a foundation of logic, reason, and empathy.

The Cannabis Reform Initiative, in its own words, ” is to amend the Humboldt County General Plan in order to protect residents, land owners, and our beautiful natural environment from harm caused by large-scale industrial cannabis cultivation.” They seek to achieve their objectives by applying the following which is just a segment of their proposal.

Good afternoon supervisors and staff my name is Ross Gordon I’m the policy director with Humboldt County Growers Alliance. We are the trade association representing licensed cannabis businesses here in Humboldt County. If there’s one idea that we hope can be clearly established in today’s meeting and I think supervisors and staff both of you have spoken to this it’s that this initiative’s title and stated purpose that you see before you today to quote “restrict large scale commercial cannabis cultivation in Humboldt County” is plainly and simply not accurate.

These rules and restrictions were developed without a public process and input. Many are not viable to implement or comply with as Director Ford spoke to and many would result in the bureaucratic strangulation of the small cannabis farms in Humboldt County

What are these damaging provisions? Many of them have already been spoken to. I’d like to speak specifically to a few. First, doctor Thurman reference that expansion only refers to an increase in the intensity of resource usage. With all due respect to Doctor Thurman, this is simply false.

I am quoting directly from the initiative now on the top of page 8, “examples of expanded uses include and are not limited to increasing cultivation area, water usage, energy usage, or the number or size of any structures used in connection with the cultivation.”

This is why Director Ford spoke to water storage renewable energy drying sheds other aspects of environmental compliance, as well as attempts to differentiate a craft product, all of which are restricted by this initiative.

Not encouraged, not streamlined, restricted.

Again, for farms of any size, for every existing farm in Humboldt County.

I want to speak to why I think 7000 people signed this petition. I think there are two main reasons. The first is that they falsely believed that this was an initiative primarily about restricting large-scale commercial cannabis cultivation in Humboldt County and they believed the stated purpose and intent to support small farmers. I believe if they knew it was actually in this initiative many people would not have signed it.

Second, I believe many people are frustrated with the status quo in Humboldt County when it comes to cannabis from every perspective. From a neighborhood perspective, from an environmental perspective, from an industry perspective. I understand that as HCGA we are open to discussion on how we can move forward collectively and in good faith so when we have, right now as Betsy said, quote, “don’t mess with people who tried to comply,” that is precisely what this initiative does, thank you.

A moment that stood out was when Nate Wittington took the podium holding a stack of binders inches thick to provide the community with a visual. He clearly wanted to illustrate the sheer amount of paperwork a farm must go through as it is today without the Cannabis Reform Initiative’s additional restrictions. When he came up to the podium, Madam Chair Virginia Bass made me laugh when she said the following.

Good afternoon supervisors this is Nate Whittington I just wanted to show everybody in the room what the scope of a compliance binder looks like for a small 2500-square-foot zoning clearance farm.

It is onerous and complete.

Our farm is located in Ferndale. Supervisor Bohn, you’ve seen it. It’s a nice little place. My degree is in environmental water law. I’m not an attorney. I don’t practice law. But I know a lot about water and water rules and water rights. I have a 40-foot well that has hydrologically connected to the Hill River, and because I grow cannabis, I’m not allowed to use that well.

I’m not going to go into all the issues that are wrong with this initiative.

It’s not well-informed, and it doesn’t get us further, or any closer to the goal of a sustainable county and a sustainable business model.

Under option three of the California elections code, 9111 you can request in this report the physical impact of this, how many farms are going to be destroyed, how much money went into all of these permits that is going to be lost, how many people am I gonna tell to sue the county over this?

The effect of the inconsistency between this and the general plan, the effect of the use of land and the impacts of availability of land, and the cost of infrastructure, and transportation.

All these farms are going to shut down. Guess what, we’re all going on welfare and you guys are gonna spend tax money on supporting us and supporting my family.

The impact on the community’s ability to attract business and employment impact, impact on the use of ag lands. This is an agricultural issue.

I suggest that we request a full and robust report on this initiative because that will become the record given to the voters. Let them see the facts of just how absurd this initiative is and I think we’ll see that the county will resoundingly vote it down and then we can move on to more productive discussions, thank you for your time.

My name is Riley Morrison and I am the owner and operator of Emerald Queen Farms in Willow Creek CA. This initiative will dramatically impact my business and the ability to create on-farm value if it is voted in. The initiative’s intent is to prevent expansion in regard to cultivation. By their definition, expansion includes the development of water storage, solar installation, distro, on-site distro, on-site trimming, on-site processing, and cannabis farm tourism

Good evening supervisors, it’s been a very long day. I am Natalynne DeLapp I’m the executive director of the Humboldt County Growers Alliance and first of all, I would like to recognize all of the farmers and cannabis people who are here in the chambers tonight who have spent the majority of their day in the middle of October during harvest season to be here for an 8 hour day to speak out against this.

There are numerous people who are waiting on the phone lines also to talk. that is incredible we are not retired. This is our livelihood and this initiative is an assault on the livelihood of people who have given their blood, sweat, tears, marriages, lifestyles, families, and relationships with their children to comply with California and Humboldt County’s not one but two commercial cannabis land use ordinances.

I have sat in these chambers for hundreds of hours in 2015 and 2017 it’s like the proponents showed up to the party lake and now they’re hijacking our plane.

I don’t know how waiting 20 months to pass a voter initiative is going to get the neighbor’s needs met. There are other pathways. I had a number of conversations on the phone with the proponents in October, November, December, and even January before this and I strongly advocated – I said do not go down the route of an initiative.

We need to have those conversations, but we are now kind of held hostage because, as Mr. Wilson said, if we go down this pathway and do all of this work and then in March this initiative is still there it can all be undone.

I don’t know whether the proponents can voluntarily withdraw this initiative that would be an interesting question. We are now stuck in a yes or no place. Black or white, and that is really not a good place to develop policy from. Yes or no, set in stone, in the most dynamic, variable industry that has ever been created in California.

We are the pioneers, the people behind me are the pioneers and we are about to put the death nail in their coffin when we have the capacity to make it beyond federal legalization and really thrive, thank you. 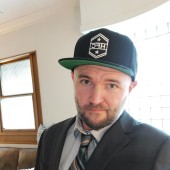 ‘Groomer’ is NOT an anti-LGBTQ Slur

Drag Pedagogy: Grooming by Any Other Name