Bridging The Divide in Our Community

The saddest thing about America today is how people are so well-trained to shut others down and turn off when someone is speaking in opposition to their own ideas.

On November 1, 2022, I spoke to the Eureka City Counsel about the “All Ages Drag Show” that took place a couple of weeks ago at the Jefferson Community Center in Eureka. I was there to clarify why people showed up to protest.

This is what I said…

Over and over again at the council meeting, folks stood up to praise the event and thank Redwood Pride, The Ink People Center for the Arts, and The Jefferson Community Center for putting on the event. They spoke about love and acceptance, but never once mentioned the drag show. Why?

Maybe this has something to do with the concerned parents and residents who also stood up that evening with statements that resonated with the core message in my comment. One gentleman even recalled the protest as peaceful, up until the point a group of the event participants accosted him and other protesters.

Despite the various ways to connect, the lines of communication are so broken between the two sides in this scenario it seems to echo the divide we see throughout our country, it’s quite sad. The hard truth is – only we can fix it.

It will take ALL of us on both sides to put our differences aside, calm down, and have a rational discussion. Americans used to talk to each other. Instead, now we communicate through the talking points of our chosen media. Both right and left are guilty of this and it’s time for us to bridge that divide.

On November 3, 2022, I joined other concerned parents on a zoom call with the local Human Rights Commission. This was the organization that issued the letter calling the protesters a hate group. Several of us chose to call in and once again clarify the reason for the protest. After hearing from quite a few protesters, and two advocates for the LGBTQ+ community, the Commission realized they had made a big mistake. They all but apologized to the protesters and said that they would review their process for press releases when it comes to their “rapid response” protocols. Going forward they’ll be sure to reach out to both sides before issuing a statement.

As a member of the community who was deeply disturbed by their original statement, I saw this as a win – not for the protesters, but for Humboldt County as a whole, and America by extension. The Humboldt County Human Rights Commission actually listened to both sides and chose to move forward to be more inclusive.

Let’s all take a lesson from their wisdom.

Let’s all make an effort to bridge the divide. Let’s put aside our differences and have a nuanced conversation – at the end of the day, we will not agree on everything, but we will have peace. 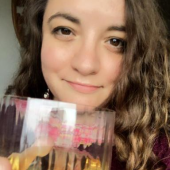 1A Right to Protest Sabotaged by Social Justice Elite Class